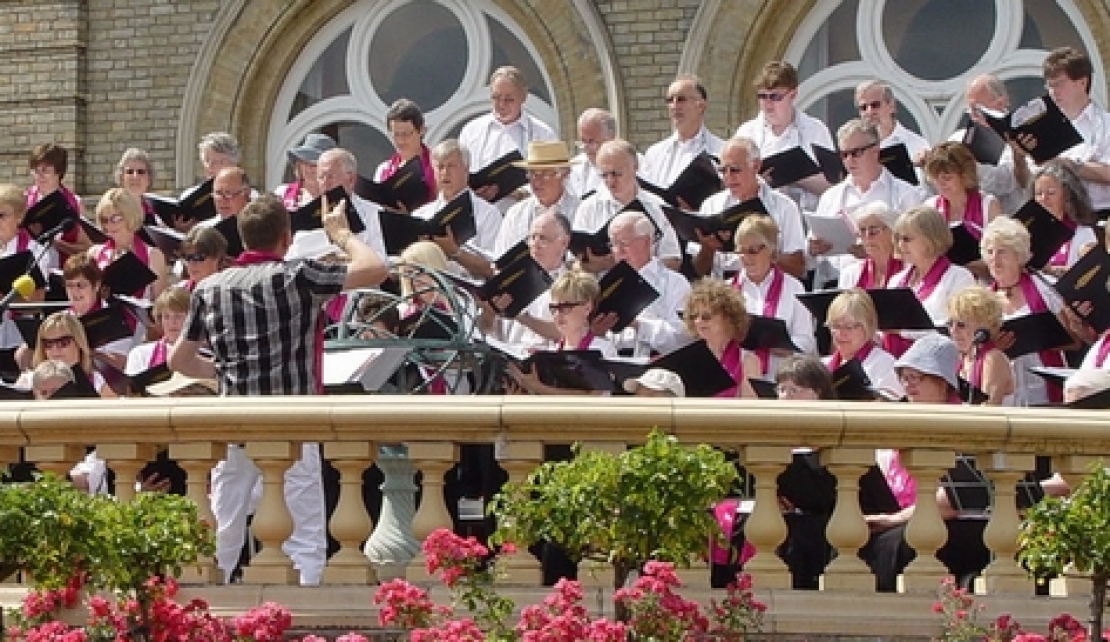 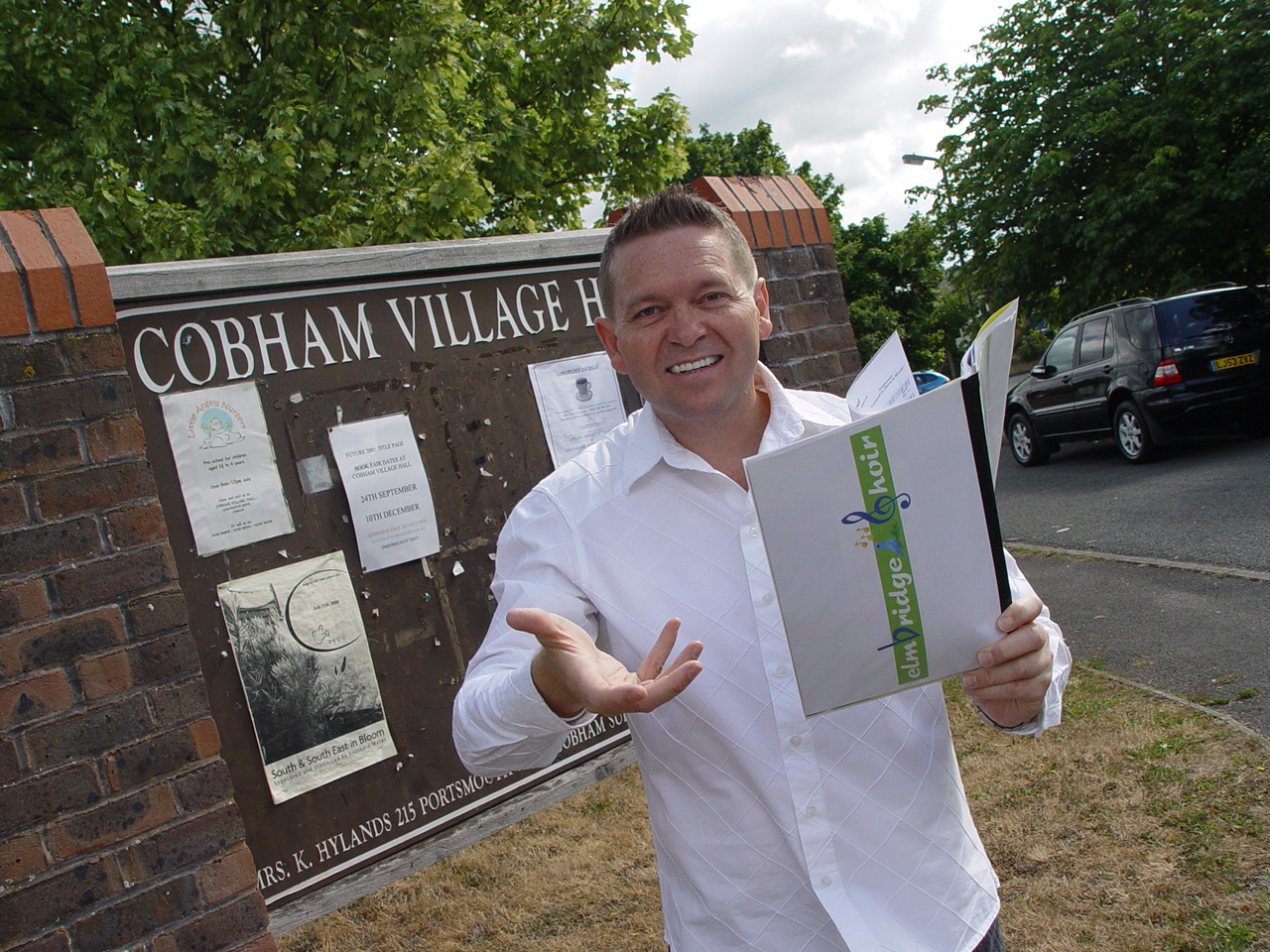 Elmbridge Choir was formed in 2005 by Cliff van Tonder BCA. Having moved to the UK from South Africa a year earlier, he had quickly realised that, while there were plenty of formal choral societies in the area, there was limited opportunity for those without any musical background or experience to simply enjoy and experience for themselves the joy of singing, and those that did exist were expensive to join.

On 6th September 2005 Cliff held the first rehearsal of Elmbridge Choir - an affordable, accessible community choir, with the aim of having fun while giving something back to the community. Amazingly, more than 100
rospective members turned up to that first evening in Cobham Village 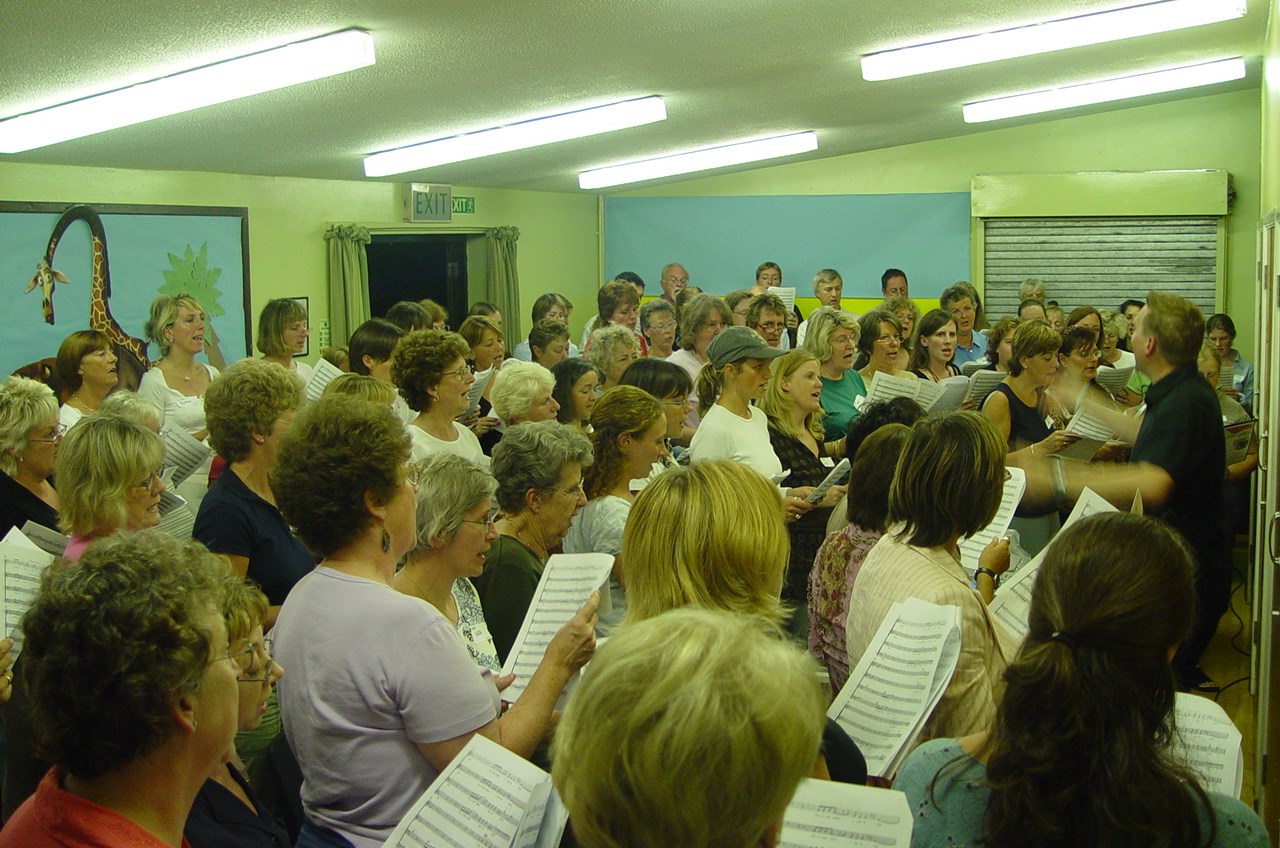 Hall, and a choir was born!

The choir's first song was Bette Midler's "Wind Beneath My Wings".
The success of Elmbridge Choir was instant. Here was something different: a hugely varied repertoire of popular music from Queen and Abba to 60s kitsch and contemporary rock and pop, as well as the choir's trademark African songs,  traditional folk songs and choral pieces, coupled with fantastic fundraising for local charities and worthy causes, and an engaging and charismatic MD who entertained his audience with his exuberant and energetic on-stage antics! 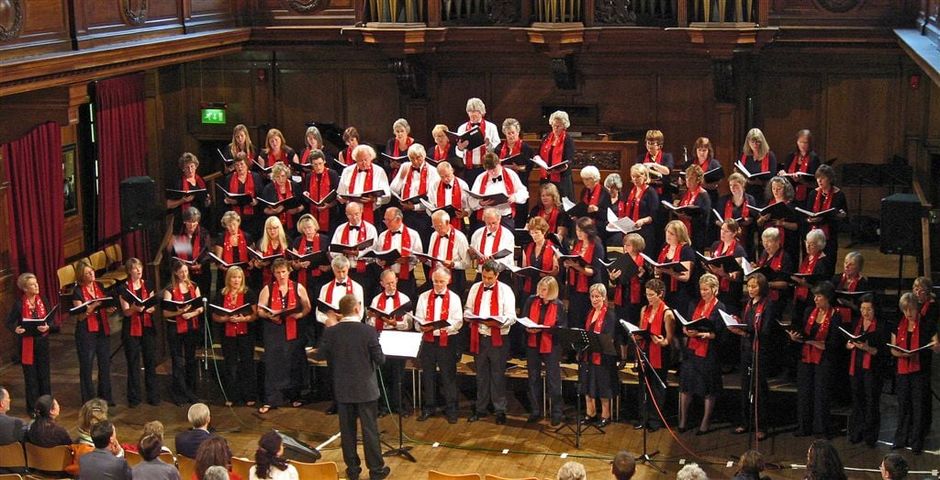 The choir's popularity grew and a long waiting list was forming, and so in 2009, a second choir, Elmbridge Ladies Choir was born, made up almost entirely from the waiting list. In the same year Cliff formed Elmbridge Big Band and introduced Elmbridge Young Musicians into the ever-increasing society, which came to be known as Surrey Music. In 2019 Cliff formed a third choir to join Surrey Music, Surrey Rainbow Choir, the first LGBTQ+ choir in Surrey. Surrey Music raised around £220,000 for local charities and worthy causes. 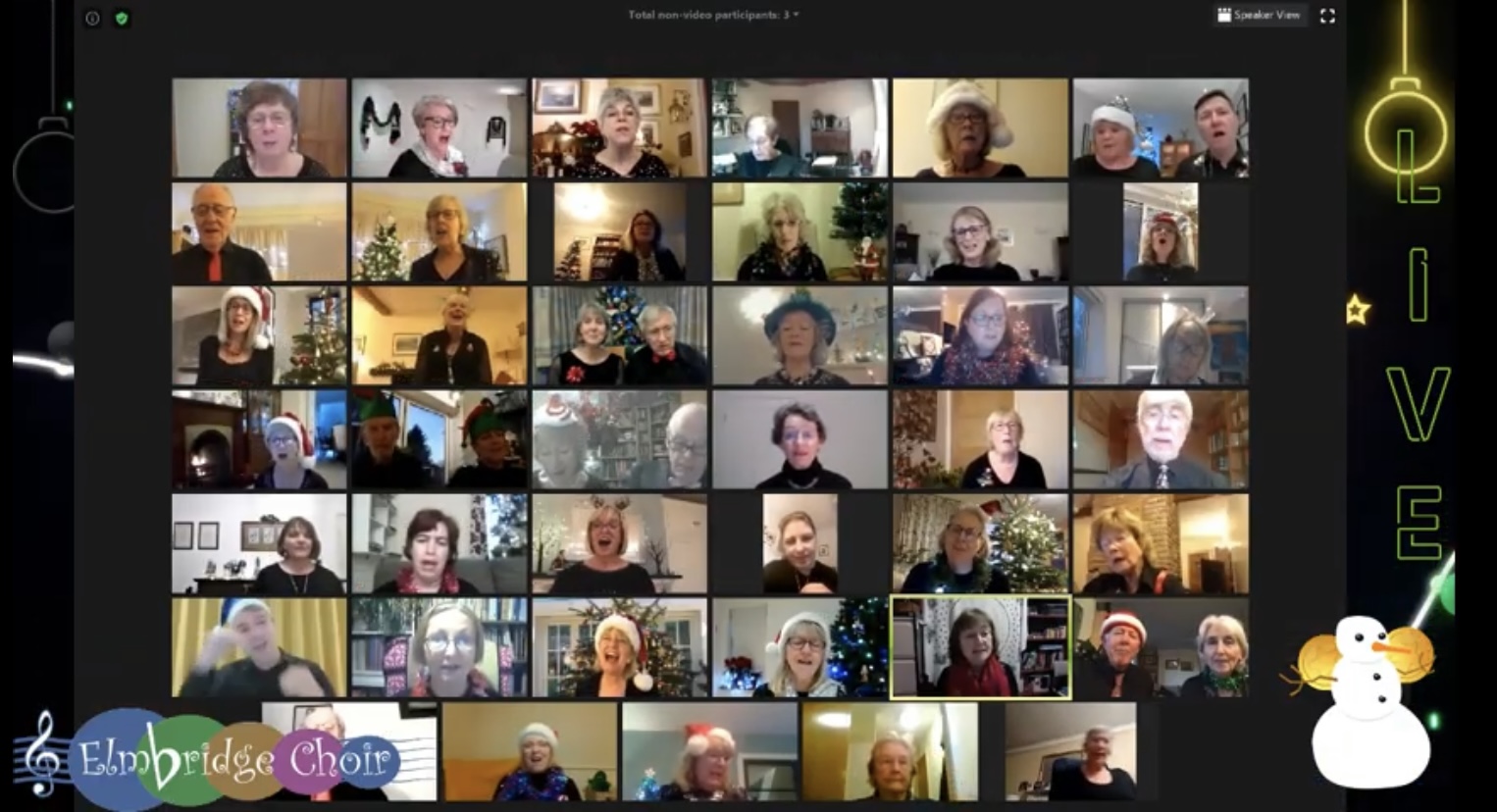 When Covid-19 struck in early 2020, Elmbridge Choir's activities were moved online to Zoom rehearsals and virtual concerts, and in September 2020 as we marked our 15 year anniversary, Cliff took the decision to step back from the musical leadership of Elmbridge Choir, and handed over the baton to Hugh Beckwith, who continues to drive and encourage the choir with his exceptional choral talent and friendly, easygoing charm and wit.

Elmbridge Choir has enjoyed countless wonderful experiences. We've performed in The Rose Theatre in Kingston, Epsom Playhouse, Leatherhead Theatre, New Victoria Theatre, HG Wells Conference Centre and many other entertainment venues and churches in Surrey. We've performed with The Hairy Bikers, we've sang on stage with pop group Blake, we've recorded a CD, we recorded a charity single for the paralympic games, we've appeared in a TV commercial for T-Mobile, but with out a doubt our fondest memories must include include singing in European choral festivals in Prague, Krakow, Bratislava, Veneto, Croatia and Malta. 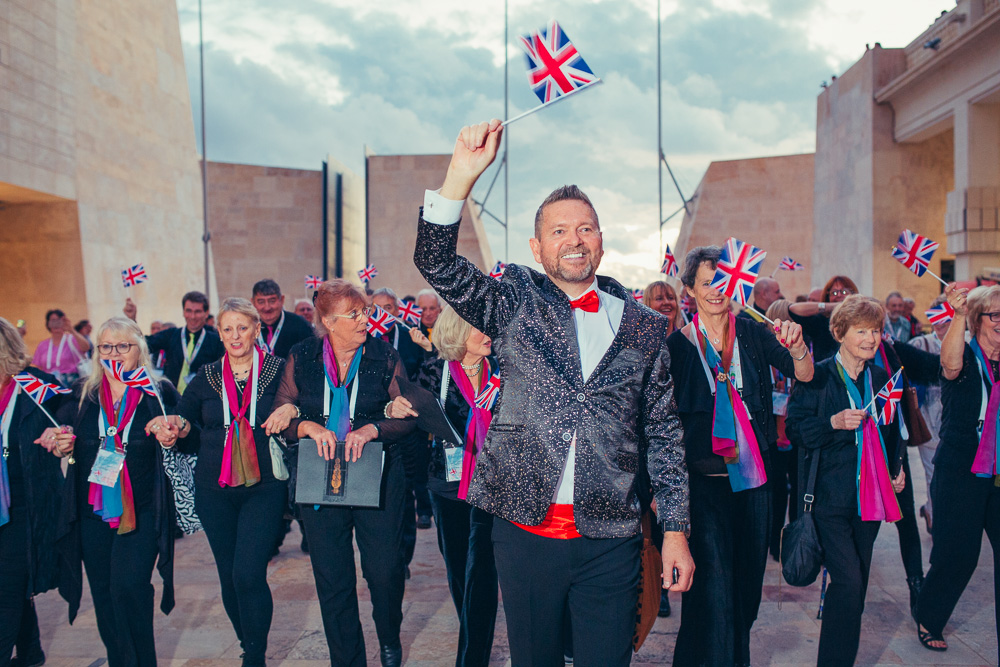 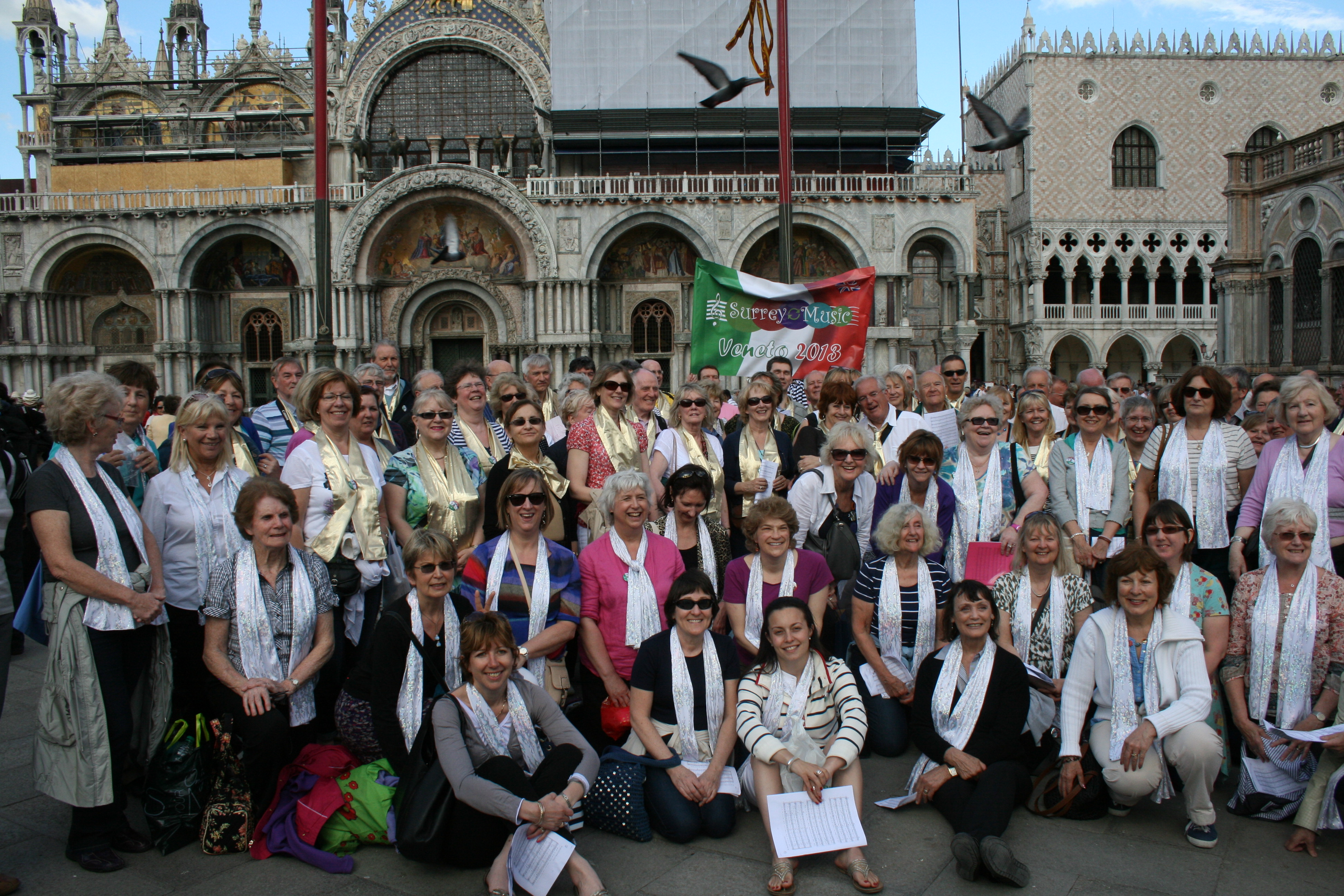 Elmbridge Choir has established a real place in the heart of Elmbridge and is regularly asked to support Mayoral fundraising concerts and community events. A large number of the choir's members have been members since the very first rehearsal, and despite the pandemic membership has remained constant. Led by a volunteer management committee which is determined to give members new and exciting experiences, the choir continues to thrive.